01. Project overview02. The solution03. The result

‘Evie’, Sainsbury’s latest recruit, was put to the test to see whether the technology could be an efficient way of delivering groceries to customers in busy cities. 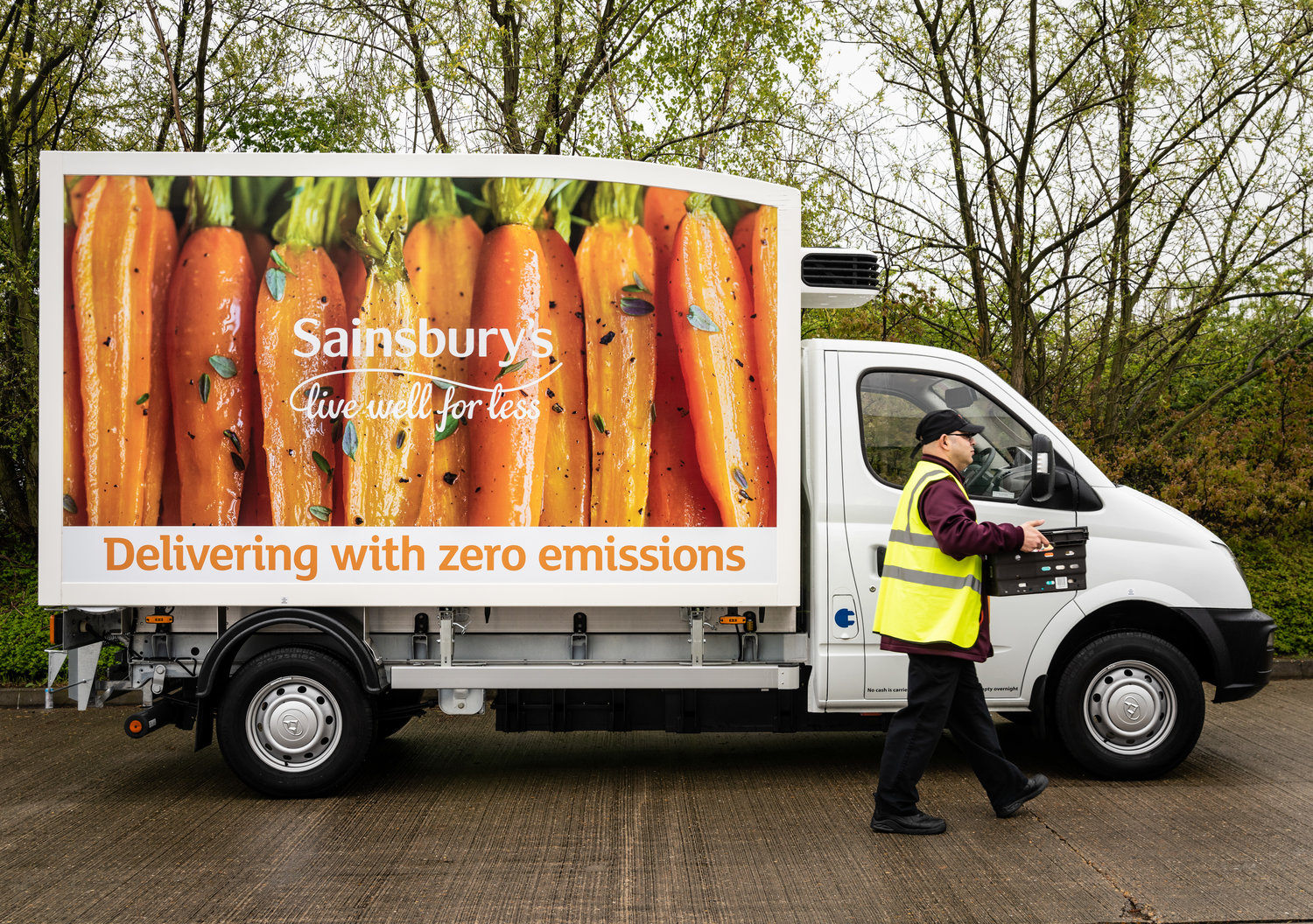 100% electric ‘Evie’ will be the first of her kind making home deliveries for a UK supermarket, dropping off up to 30 orders a day to customers who have shopped through the retailer’s groceries online website.

‘Evie’ is an LDV EV80 chassis cab, running on a 56kW battery, which delivers a range of around 80 miles on a single charge. To have the capacity to carry the same weight as a diesel vehicle, Sainsbury’s says it will be making deliveries across London from its fulfilment centre in Bromley-by-Bow and re-charging overnight.

To charge the vehicle, drivers will plug ‘Evie’ into an EO Genius, our intelligent commercial charging solution for fleets and workplace. Designed to support Sainsbury’s in driving zero emissions innovation, our charging infrastructure will give the business full control of the installed chargers and allow constant power consumption monitoring.

We’re delighted to welcome Evie to the team and lead the charge in putting the latest electric van technology to the test for grocery deliveries. We’re always looking at how we can use the latest innovations to best serve our customers and this trial will help us explore how we can deliver Sainsbury’s groceries in a more environmentally-friendly way.

Last year, Sainsbury’s was named the ‘UK’s greenest supermarket’ following a study by Engaged Tracking which found that the retailer was the least polluting of all UK supermarkets. In 2018, Sainsbury’s also became the first UK grocery retailer to deliver online grocery orders via electric cargo bike. This initiative contributed to the business recording reductions of 24% absolute and 50% relative emissions.Furthermore, Sainsbury’s is committed to reducing absolute carbon emissions by 30% and relative emissions by 65% between 2005 and 2020.

‘Evie’ will soon be joined by ‘Stevie’ the electric van, who will also take on delivery duties for customers across central and east London. If successful, the duo could be joined by additional electric vans to help Sainsbury’s continue its journey toward a zero emissions fleet.